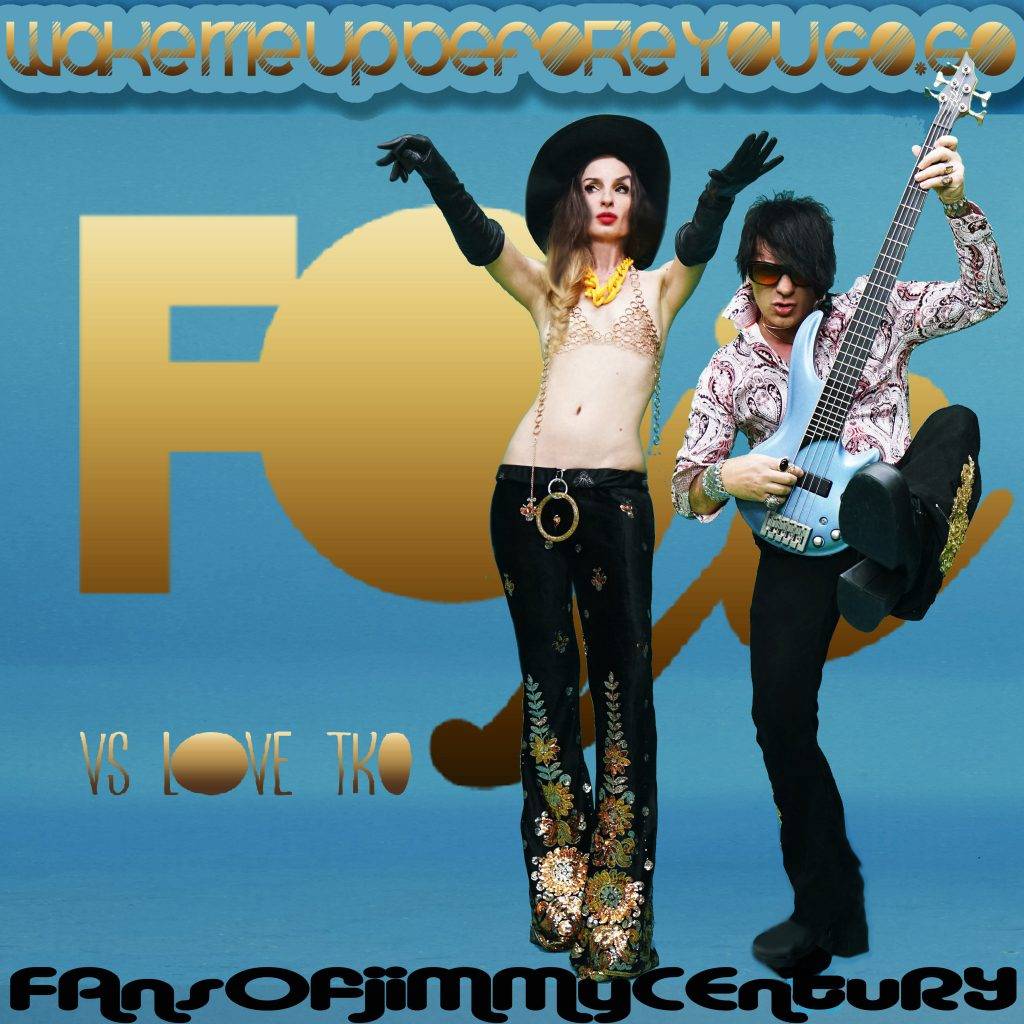 Fans Of Jimmy Century turn it on late summer with a mod soul remake of Wham!’s lively mega-hit “Wake Me Up Before You Go-Go,” in a fresh re-imagining of the original sound. The new single “Wake Me Up Before You Go-Go Vs Love TKO” officially lands August 23rd, 2019 along with the official video. It was announced in July that FOJC had become a member of the AWAL/Kobalt Music distribution family of artists and have teamed up to release the single.
The genre-bending duo of Alicia Perrone & Victor James transforms the hooks we know & love from the original song to create a brand new babymaking earworm that potentially turns good times into really good times behind closed doors, reminiscent of 70’s sexploitation-era exotica wave, but more accessible.

The duo attempts to bridge the gap uniting several generations with a 70’s approach that honors the 80’s Wham! original, while also giving major props to the Teddy Pendergrass hit “Love TKO.” Says Perrone “George, Andrew and Teddy P. are so beloved and it’s an honor to even be mentioned in the same breath with them, having done this remake.” Young TikTok influencers have picked up on it early creating viral videos to 15-second snippets of the song in advance of its release along with the rise of fan-generated content using the designated hashtag #WakemeupFOJC to support the remake.

This shift into modern soul wave sets the scene for FOJC’s full-length alternative soul album “Songs From The Babymakers Series” launching in the Fall 2019, delivering more 80’s pop songs turned on by the 70’s. FOJC’s YouTube series “The Babymakers” featuring comic characters and alter egos spoofing the adult film industry, was a world originally and solely created for and built around the single to tease and promote it to fans.

A Record Release party for the single will go off Saturday, August 31st at their Lacy Lane Studios. Please RSVP to alicia@jetsetsound.com for details and exact location.

From Oakland CA, Las Vegas-based Fans of Jimmy Century is the modwave, mod squad genre-bending duo of vocalist/voice actor Alicia Perrone and bassist/producer/video director Victor James. They recently became a member of the AWAL/Kobalt Music family of artists teaming up to release newest single “Wake Me Up Before You Go-Go vs Love TKO,” and the accompanying album. The newest single is a big style stretch from the iTunes-charting rockrap electropunk song “Best of My Generation (All The Way,)” which is now an official NBA Song for MVP 2019 winner Giannis Antetokounmpo.

“This wonderfully quirky, provocative duo of music masters inspires relentless loyalty and a runaway enthusiasm from super fans for their intriguing brand which centers around creating entirely new worlds for each song they release. FOJC will continue to rise and scorch the earth in all the best ways with their best release yet.” Sleeping Bag Studios

“I thought when I discovered Prince I found the last great talent on the planet, I was wrong, you are awesome.” Chris Moon, Moonsound Studios

“The sensuality of Goldfrapp & Portishead, the modern pop & humility of St. Vincent, the quirky charm of pop’s great eccentric visionaries like Kate Bush. Perrone’s charismatic vocals capture you. The world is about to become fans of Fans of Jimmy Century.” The Faulkner Review

“Influences from the likes of Prince, Queen, Bowie and beyond. Great bands not only create great music, they create their own worlds. Welcome to the extraordinary, stand apart world of Fans of Jimmy Century…astonishingly and strikingly accomplished collection of musical style, idea and influence, and a testament to the dedication, passion and sacrifice required of the modern artist.” Toby Davis, Brash Blog