Notice: Trying to access array offset on value of type bool in /home/fojc/fansofjimmycentury.com/wp-content/themes/ninezeroseven/assets/php/post-formats/entry.php on line 27 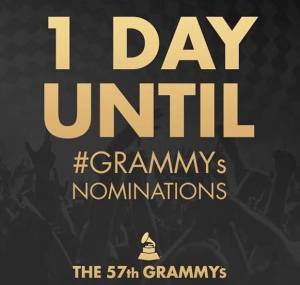 Las Vegas-based hypnotic pop grooves/modern noir band Fans of Jimmy Century has been added to the first-round 2015 Grammy ballot with their pop song “Lips On Mine” produced by the winning Vegas team of EuroTrash Collective.  Top 5 televised nominations will be announced on December 5th, so Fans of Jimmy Century took the situation into their own hands by launching a guerilla worldwide internet campaign to gain public support behind “Lips On Mine” to be one of the Top 5 nominated artists in pop – an independent wildcard amongst a category overrun by major label artists.  “Support the Indie Wildcard!”

They have been asking supporters to get behind the indie wildcard by sharing the song and graphics on their social networking pages to rev up the buzz of the song before the Grammy foundation makes their announcement. Supporters of the underdog scenario are stepping up and calling the girl-boy-boy trio of Fans of Jimmy Century the “Bonnie & Clydes” of the Grammys – the virtual outlaws rising up to meet the traditional institution.  Hashtags are being used in the campaign including: #FojcGrammy, #GrammyBonnieandClydes, #FojcWildcard, #LipsOnMine, #Grammy2015 and if you use them, you’ll be contacted by the band & gifted with some goodies.

More on Fans of Jimmy Century:

Based in Las Vegas, hypnotic pop grooves / modern noir band Fans of Jimmy Century originated in the San Francisco Bay Area in 2007. Signed to Universal Music Group Distribution in June 2013, their debut one-time single for the label “Va Va Voom to the Moon” was released on Sept 24th, 2013 and instantly received airplay on Las Vegas’ commercial pop station, Mix 94.1.  A neo noir video for the song was officially released on December 23, 2013. “Va Va Voom to the Moon” (Eurotrash Collective Remix) was chosen by UFC top female fighter Liz Carmouche to be her walkout song for her biggest fight to date at the Amway Center in Orlando, FL on April 18th, 2014. The song was heard by millions when the fight aired live on FOX Sports.

New upcoming singles “Blackout” and “Lips on Mine”, both produced once again by the ultra hot team of EuroTrash Collective, were released as twin singles on September 29, 2014 on their own Ann-Margrock Music and have now been added to the 57th Grammy ballot for consideration.

FOJC songs have been heard in many films and television series – their song “Delicate Fever” will appear in the new Will Farrell, Kevin Hart, T.I. movie “Get Hard” coming out in March 2015 on Warner Bros.

such as Roxy Europe, Forever 21, and Zippo Lighters have also used FOJC songs in their online commercials.

FOJC got off to a fast start with the success of their very first 2007 single, “Hot Sahara,” which climbed the dance and radio charts, reaching #23 on FMQB. Both “Hot Sahara” and its accompanying album, “Twist of the Banshees,” made it onto the initial nominations ballot in the Electronic Dance category for the Grammy Awards in the same year.

After writing the song “Mr. Las Vegas,” they felt a strong temptation to grow permanent roots in Vegas. The song captures the excitement and allure of Las Vegas with a vintage 007 flair & seductive film noir style, paying tribute to Las Vegas’ retro and modern day entertainers . What was originally supposed to be a music video for the song has now expanded into a full-length feature film starring Fans of Jimmy Century to be shot in 2015.

Fans of Jimmy Century’s live performances have made them an audience favorite, sharing the stage with artists like Lady GaGa, Robyn, Cyndi Lauper, and Shiny Toy Guns.

HEAR “LIPS ON MINE” on SOUNDCLOUD:

Most recent official music video for “Va Va Voom to the Moon”:  (not up for Grammy Nomination, but shot in Vegas and featuring local talent from Cirque’s L.O.V.E., JABBAWOCKEEZ, Robert DeNiro celebrity impersonator, Robert Nash, etc.

“VA VA VOOM TO THE MOON”